It’s the most wonderful time of the year (again), and what better way to spend the holidays than curled up in front of the TV with friends and family?

The networks are pulling some classic shows from their vaults to match up with new musical specials and TV series for the season. They’ll be joined by streaming services adding new content to the calendar, including Amazon’s first holiday special. Celebrities including Ellen DeGeneres, Kasey Musgraves and Idina Menzel are sure to get fans excited about their seasonal fare. (And don’t forget the cable networks that are rolling out their holiday movies.)

So what should you watch this holiday season while eating cookies and wrapping gifts? Here are some highlights to whet your appetite.

One of the best ways to get into the holiday spirit is through music, and there are plenty of sing-along specials to choose from.

Derek and Julianne Hough show off their family rivalry in NBC’s “Holidays with the Houghs” (Dec. 16, 10 EST/PST). The siblings put their own spin on holiday classics and share some of their family’s holiday traditions.

CBS has its own singing special Dec. 22, with “A Home for the Holidays with Idina Menzel” (9 EST/PST). The Tony Award winner showcases songs from her new Christmas album, with performances by other artists including Adam Lambert and Kelly Rowland.

Why enjoy just one special when you can have an entire series of holiday cheer?

Netflix gets into the spirit with “Merry Happy Whatever” (streaming Nov. 28), an eight-episode series starring Dennis Quaid as a father whose family is  upended when his daughter brings her boyfriend home for the holidays. 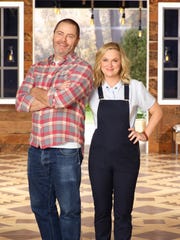 Nick Offerman and Amy Poehler are back for a second season of “Making It” on NBC. (Photo: Chris Haston, NBC)

If crafting is more your thing, there’s plenty of glitter and glue guns to go around. ABC brings back “The Great Christmas Light Fight” (starting Dec. 2, Mondays at 8 EST/PST) for a seventh season, as families compete to create the best outdoor decorations.

Amy Poehler and Nick Offerman are back with a second season of NBC’s “Making It” (Dec. 2-5 and 9-10, 10 EST/PST; two-hour finale, Dec. 11, 9 EST/PST). The time the “Parks and Rec” duo challenges  contestants to create holiday-themed crafts. 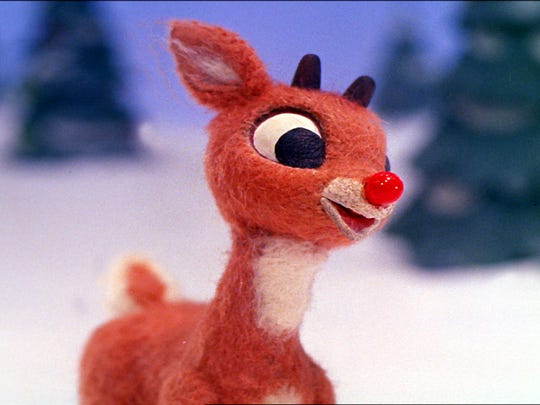 Of course, the holidays wouldn’t be complete without Christmas classics. 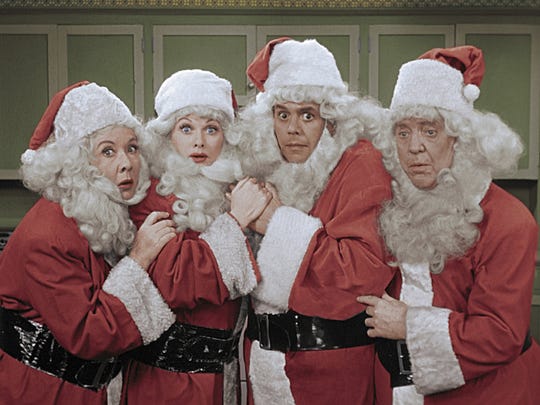