Television production in Los Angeles is temporarily hitting the brakes as it enters the New Year, with many Hollywood studios Thursday postponing a return to production for TV’s highest-profile shows due to skyrocketing COVID-19 numbers in L.A..

Warner Bros. Television and Universal Television will extend the holiday production hiatus for shows produced in L.A. for a week, from Jan. 4 to Jan. 11. Disney-owned studios 20th Television and ABC Signature will delay resuming production for a total of 16 shows until Jan. 18.

They follow CBS Studios in hitting the pause button on restarting production in L.A.

The additional production delays aren’t surprising, as SAG-AFTRA leaders said on Dec. 29 that “most” TV and movie productions “will remain on hiatus until the second or third week of January if not later,” according to a message to actors and other union members posted on the organization’s website.

On Sunday, SAG-AFTRA, the Joint Policy Committee and the Producers Guild of America solidified its stance, recommending a temporary hold on in-person production, according to statement received by The Hollywood Reporter and Deadline.

“Southern California hospitals are facing a crisis the likes of which we have never seen before,” SAG-AFTRA President Gabrielle Carteris said. “Patients are dying in ambulances waiting for treatment because hospital emergency rooms are overwhelmed. This is not a safe environment for in-person production right now.”

David White, SAG-AFTRA’s national executive director, added, “Even putting aside the risk of acquiring COVID on set — a risk that we have done a great deal to mitigate through our safety protocols — on set production always poses some risk of injury, whether because of a stunt gone wrong, an equipment failure or a garden-variety fall.  Right now, with few if any hospital beds available, it is hard to understand how a worker injured on set is supposed to seek treatment.”

USA TODAY has reached out to studios and networks to ask whether the high number of positive COVID-19 tests and hospitalizations has changed production plans. Delays may reduce the number of new episodes planned for this season.

On Tuesday, CBS Studios pushed back resumption of production for five L.A.-based programs that were scheduled to restart Jan. 4: CBS’ “NCIS,” “NCIS: Los Angeles” and “Seal Team”; CBS All Access’ “Why Women Kill”; and Disney+’s “Diary of a Future President.” All are now scheduled to be back at work Jan. 11. 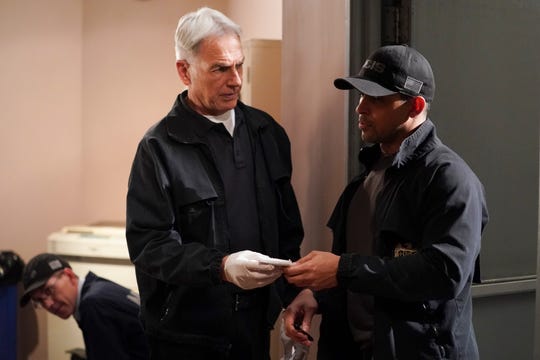 Mark Harmon, left, and Wilmer Valderrama star in CBS’ “NCIS,” which has had its scheduled Jan. 4 post-holiday production restart delayed for a week to surging COVID-19 positive tests and hospitalizations in Los Angeles, where the long-running hit is filmed. (Photo: Sonja Flemming, CBS)

The Warner Bros. shows that will be delayed a week are: CBS’ “Mom,” “Bob Hearts Abishola,” and “B Positive’; Showtime’s “Shameless”; Fox’s “Call Me Kat”; Netflix’s “You”; and CW’s “All American.” CBS’ “Young Sheldon” and Netflix’s “Lucifer” had previously been scheduled to restart Jan. 11, while CBS’ “All Rise” is due back Jan. 22. 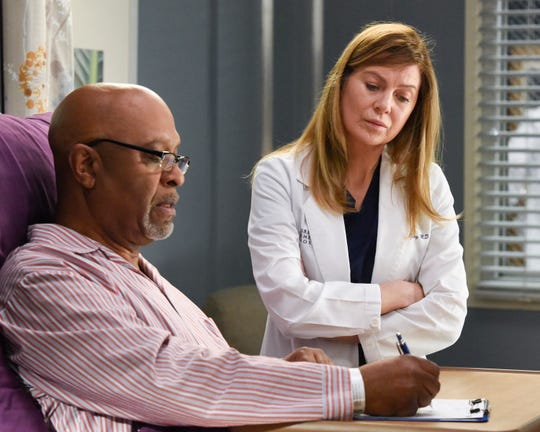 James Pickens Jr., left, and Ellen Pompeo star in ABC’s “Grey’s Anatomy,” one of many TV shows who will delay returning to production after the holiday hiatus due to a COVID-19 surge in Los Angeles. (Photo: Bonnie Osborne/ABC)

In a related matter, FilmLA, the official film office of the city and county of Los Angeles, reports that the Los Angeles County Department of Public Health emailed an update to film industry contacts on Dec. 24 “reminding them of the present surge in local COVID-19 cases, deaths and hospitalizations, and urging filmmakers to exercise every caution in their work.” 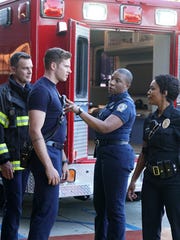 Although FilmLA reported music, TV and film productions are allowed to continue, the LADPH email update asked them “to strongly consider pausing work for a few weeks during this catastrophic surge in COVID cases. Identify and delay higher risk activities, and focus on lower-risk work for now, if at all possible.”

It also recommends against travel for production purposes, reminding recipients that hospitals in the region “are full virtually everywhere” and suggesting they “keep cast and crew close to home.”

On Wednesday, the county public health department reported 7,415 people hospitalized due to COVID-19, a record number and a nearly 1,000% increase from two months ago. Of those hospitalized, 20% are in intensive-care units.

Here’s who advanced to semifinals

Tom Brady Passed Twice on One Play. And It (Sort of) Worked.

Homes for Sale in Brooklyn, Manhattan and the Bronx