U.S. Health and Human Services Secretary Alex Azar visited a mask factory in Taipei on Wednesday, to further congratulate the country on its work in global assistance while fighting the new coronavirus. (Aug. 12)

TAIPEI, Taiwan – American Jonathan Gropper sees an economic “bubble” hardly about to burst. Moroccan Hasnaa Fatehi finds it safe, easy to navigate and full of exciting things to do. Australian Paul Whiteley came for the work and is now staying for the work.

They’re all living in Taiwan, which has dodged the brunt of COVID-19.

Eight months after the World Health Organization declared the deadly disease a global pandemic, now with an international death toll of more than 1.3 million people,  there are few places — mostly tiny, remote islands in the South Pacific — where coronavirus hasn’t spread.

But there are some larger locales, such as Taiwan, a bustling technology hub home to about 24 million people off the coast of southeastern China, where there have been no lockdowns or curbs on economic activity, and where people still pack onto subways and mob busy shopping streets as if it were still pre-coronavirus times – save for ubiquitous fever-checks, stringent rules about wearing face masks and fewer foreign tourists. 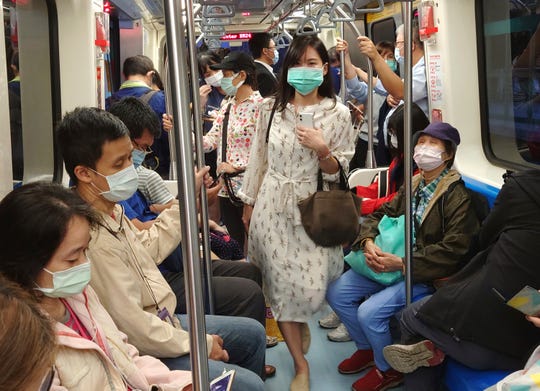 Passengers on the public metro in Taipei, Taiwan, wear face masks to help curb the spread of the coronavirus on Nov. 16, 2020. (Photo: Chiang Ying-ying, AP)

“I would have been twiddling my thumbs in Australia,” said Whiteley, 49, an events producer. He returned to Taiwan from Melbourne in May after working away for several months. Now Whiteley does weekly corporate entertainment gigs and children’s programs.

“It was better to get back where I could operate and do my business freely,” he said.

Taiwan has registered just 607 coronavirus cases this year and seven related deaths, according to the Taiwan Centers for Disease Control. Florida has a slightly smaller population (21.5 million), but has recorded more than 897,000 cases and 17,600 deaths, according to Johns Hopkins University COVID-19 tracker.

Such is the allure of this relatively COVID-free, self-ruled territory that approvals for some types of residency permits have more than doubled over the course of the year, according to data provided to USA TODAY by the National Development Council, a government agency that drafts Taiwan’s overall policy and plans for economic development.

More than 820 entrepreneur residency permits have been approved this year, for example, up from 358 in 2019. The foreign journalist headcount has also increased, while student visas are on par with 2018, though slightly down from last year.

“Had I stayed in British Columbia, (life) would have been much harder,” said Fatehi, 40, who was born in Morocco but had been living in Canada before arriving in Taiwan as part of a business trip. Fatehi is the founder of a company that helps medical-device manufacturers get regulatory approval for their products. She reached Taiwan in January and applied for a three-year entrepreneur’s residency permit in Taiwan in May, as the coronavirus pandemic was still in its first wave. It was approved five weeks later.

Fatehi said her field – health technology – is “just taking off” in Taiwan and she was full of praise for how the territory has managed the pandemic. 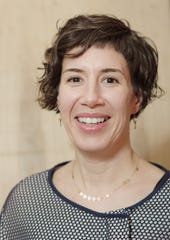 Taiwan closed its borders early on and blocked local coronavirus transmission through a combination of rigorous contract-tracing, a mandatory 14-day quarantine period for every person who enters from abroad and near universal mask-wearing.

There is wide compliance with the rules. Taiwan, like other countries in some parts of Asia, has also benefitted from its experience dealing with a 2002-2004 outbreak of Severe Acute Respiratory Syndrome (SARS) that killed 800 people across the world.

Other places that have adopted stringent coronavirus strategies, such as New Zealand, Singapore and Senegal have also fared well at keeping infections and deaths at bay.

Gropper, 39, a lawyer, has lived in Taiwan for about a year. He helps run a slate of e-commerce companies he built while living in Philadelphia. His flagship service, beerrightnow.com, normally delivers beer to hundreds of companies in New York City but the pandemic has cut orders.

“I made the educated decision to be here, and I don’t regret it,” he said. 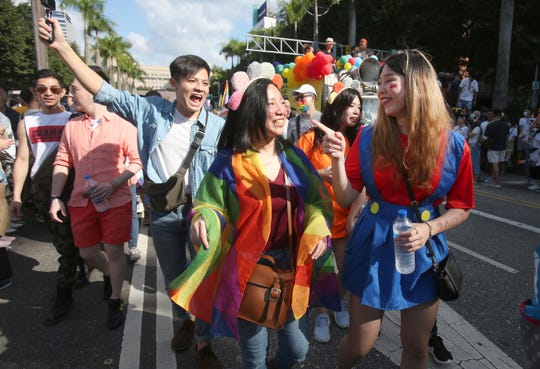 Participants march through the street during an LGBTQ pride parade in Taipei, Taiwan, Oct. 31, 2020. In the U.S., most pride events in June were canceled. (Photo: Chiang Ying-ying, AP)

Still, Wang Ting-yu, a Taiwanese lawmaker, said it’s not just overseas professionals with no apparent ties to Taiwan who have been arriving in the territory amid the pandemic.

“Their relatives are applying, too,” he said, noting that expatriates like Taiwan for its nationalized health insurance. Those who work in exports settle in Taiwan to avoid tariffs levied by China and the U.S. as part of a nearly 3-year-old trade dispute. As Taiwan faced talent shortfalls, parliament approved a bill in 2017 to award more visas.

David Chang, founder of Crossroads, a Taipei-based non-profit that holds networking events for newcomers, said about half of those currently moving to Taiwan have some connection to its overseas diaspora, and many of them still have family on the island.

Song Seng Wun, an economist in the private banking unit of Malaysian bank CIMB, said Taiwan is a good choice for technology professionals who want to be near the vast China market but not in-country. Bureaucracy, intellectual property rights and politically-tinged interference present potential problems for foreign workers in China.

While the International Monetary Fund predicts a 4.9% GDP decline for the world and a 4.3% fall for the USA, Taiwan forecasts its economy will grow 1.6% this year.

Spiraling COVID-19 crisis: Joe Biden’s day one. What’s his plan, will he get it done?

A COVID-sparse space isn’t perfect, either

But settling in Taiwan is not without its drawbacks.

Foreign professionals run up against a protectionist mentality in e-commerce segments such as ride-hailing and home-sharing services like Uber and Airbnb. Personal connections matter, too, in breaking into a market that’s relatively small compared with other Asian countries. Taiwan’s English fluency lags Hong Kong and Singapore.

Taiwan regularly ranks as one of the most densely populated places on Earth, meaning people live so packed together in apartment blocks that a neighbor’s footfall upstairs or roadwork just outside easily overpower the sound of one’s own TV set.

Locals fret about the looming threat of China, a political rival that has stepped up aggressive military flights this year around the ocean strait that separates Taiwan from mainland China. Taiwanese scholars warn of increased danger if the two governments don’t talk. They haven’t spoken formally since 2016. China claims sovereignty over Taiwan despite its self-ruled status since the Chinese civil war of the 1940s.

China has blocked Taiwan’s participation in the World Health Organization’s 194-member assembly because of Taipei’s dispute with Beijing over its political status.

Analysis: Trump halts funding to WHO. Experts say we need it now more than ever 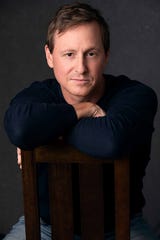 “At the start of the second show the producers called us all together and said this could well be our final show, so enjoy every moment,” he recalled of his time back in Australia when he was involved in a production of the dance drama “Billy Elliot.”

Social distancing rules were blanketing much of the world and hobbling entertainment.

Not long after, Whiteley was bound for Taiwan.

Social Security credits would most likely have greater impact, said Richard Johnson, an economist who directs the Urban Institute Program

Covid Combat Fatigue: Doctors and Nurses Are Running on Empty

Asia Today: India reports over 44,000 cases, most in Delhi

Pushed by Pandemic, Amazon Goes on a Hiring Spree Without Equal

It’s 2020, So of Course Mike Tyson Is Boxing Again

COVID-19 Cases In Congress Are Surging

What You Need to Know Today: Coronavirus, Governors, Joe Biden

The Bad Bunny Crocs Sold Out

Royal Watchers Wonder: Do the Royals Watch ‘The Crown’?

Xie Yiyi, 22, lost her job last Friday, making her one of millions of young peop…