Rashida Jones will succeed Phil Griffin as president of MSNBC.

MSNBC correspondent Trymaine Lee starts his day like many Americans: He wakes up and reads the newspaper. But what he does after that is more unique.

He spends about 10 or 15 minutes every day searching online auctions – always starting with African-American items – to add to his collection of antiques.

“I’m most focused on how Black people have lived and died in this country and our contributions,” Lee, who also hosts the podcast “Into America,” tells USA TODAY. “So I’m always looking for any item that connects back to that.” The podcast digs into what it means to be Black in America.

Lee looks for artifacts related to emancipation, civil rights, the 1960s and the like. Each object holds more than just physical weight.

One of these online searches culminated in Lee’s purchase of a signed print by artist Jacob Lawrence (1917-2000), whose Black identity and artistry were informed by the Great Migration.

The Great Migration brought approximately 200,000 Black Americans into Harlem, the three-square-mile Manhattan neighborhood. This led to the Harlem Renaissance of the 1920s and 1930s, when an era of art, culture and intellectualism was born that gave way to leaders like Marcus Garvey and Zora Neale Hurston.

Lee noticed a dedication on the print to someone named Abram Hill, and went down a rabbit hole to learn more.

This spawned a four-episode special series (“Harlem on My Mind”) of Lee’s “Into America” podcast, which recently celebrated 100 episodes. “Into America” has featured stories about inequality and the pandemic, the racial reckoning over George Floyd’s death and more. 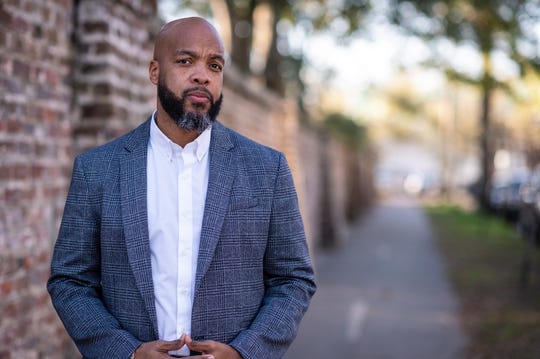 MSNBC correspondent Trymaine Lee starts his day like many Americans: He wakes up and reads the newspaper. But what he does after that is more unique. (Photo: MSNBC)

“Harlem on My Mind” takes listeners back in time to an older New York City.

The episodes focus on Lawrence and Hill, as well as Afro-Latino Arturo Schomberg, collector of books, letters, music and art from the African diaspora, and Jessie Redmond Fauset, the editor of NAACP’s magazine, The Crisis.

Lee says it can be a struggle to piece together people’s histories – and it often involves filling in blanks one by one – but that’s part of the fun.

“You’ll be surprised at what you find once you start digging,” he says.

Lee says the country often segments Black history away from American history. “When we do that, we all suffer because you can’t have a full telling of the American story without the story of Black Americans and the Black experience,” he adds.

Overall, Lee hopes “Into America” educates Americans about who Black people really are because their stories aren’t often heard. He said part of that stems from the lack of focus on Black people in history textbooks. 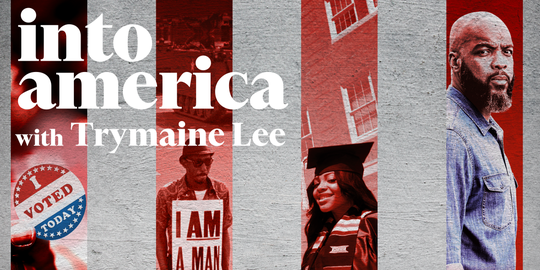 “Into America” digs into what it means to be Black in America and has featured stories about inequality and the pandemic, to the racial reckoning over George Floyd’s death and more. (Photo: Courtesy of NBC Universal)

Lee tries to strike a balance and tell stories that are accessible for all races, but “it’s always tricky,” he says. “How do you at once center the stories of Black folks, speak intentionally with a Black voice, but also leave enough room for white folks to engage with?”

Once the “Harlem on My Mind” episodes wrap up, Lee looks forward to engaging with the Biden administration and promises made to the Black community.

And as for other stories he’s working to unearth? Lee wouldn’t give too much away, but he’s been looking into a Purple Heart from a man injured in the Korean War.

New episodes of “Into America” drop weekly on Thursdays.