Former FBI Director James Comey is calling on Republicans to ‘stand up for the values of this country.’ This comes after his second closed door meeting with GOP-led panels on Capitol Hill. (Dec. 17)

An actor doesn’t want to hear a performance made someone feel sick, but that was music to Jeff Daniels’ ears as he played controversial FBI Director James Comey in Showtime’s miniseries “The Comey Rule” (Sunday and Monday, 9 EDT/PDT).

During a break in shooting a pivotal one-on-one scene with Brendan Gleeson’s President Donald Trump – a notorious dinner where Trump asked for Comey’s loyalty – writer-director Billy Ray told Daniels there was a guest on set: Comey himself.

“Jim said, ‘You’ve brought back the uncomfortable, awkward emotions of knowing exactly what was going on and how wrong it was,'” Daniels says of the re-enacted White House encounter, detailed in Comey’s 2018 book, “A Higher Loyalty: Truth, Lies and Leadership.” “He even said, ‘I feel nauseous.’ When you tell an actor their performance made you feel nauseous, it’s usually a negative, but not in this case. That told me we were doing it right.”

During his FBI tenure, Comey left people on both sides of the aisle feeling ill after actions he took in investigating Hillary Clinton’s emails and, later, Russia’s interference in the 2016 presidential election, and its  ties to Trump’s campaign. 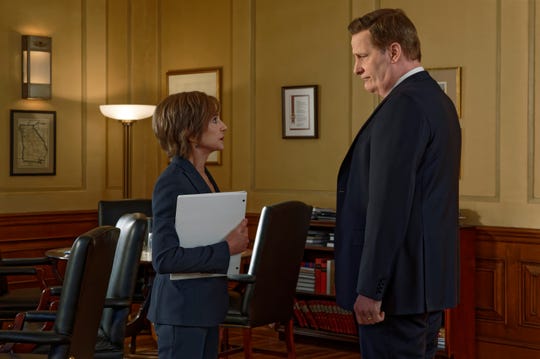 Daniels (“The Looming Tower,” “The Newsroom”), 65,  says the miniseries doesn’t take Comey’s side but reflects the thoughts expressed in his book. Comey was fired by Trump just a few months after the January 2017 “loyalty” dinner.

“It’s Comey’s point of view. We know Trump’s version of the story and that is that Comey is a liar. OK, here’s the other side,” he says.

Ray, who has examined real-life figures in films such as “Captain Phillips,” “Shattered Glass” and “Richard Jewell,” says he used Comey’s book as “a jumping-off point” and consulted with him during production, but did his own research and interviews.

He found nothing “that brought into question anything that was in Director Comey’s book, so it wound up being a pretty good template,” he says, adding that he doesn’t see the series as pro-Comey or anti-Trump. 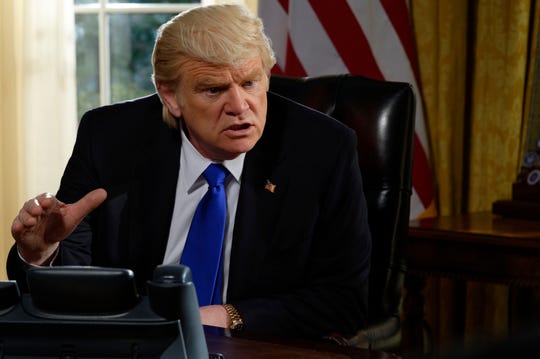 “The job of the (miniseries) was to tell the story of how heartbreaking it can be to be a public servant. Jim Comey’s a pretty dedicated public servant and seems like a great protagonist,” he says. “And Trump, in that respect, is a great counterweight because he is clearly not a public servant.”

Ray vigorously disagrees with the contention that Comey’s cost Clinton the presidency when he notified Congress 11 days before the election that the FBI was reviewing emails related to the earlier server investigation.

“I know that not to be true,” he says.  At one point, he had believed it,and told Comey as much when they first spoke.  “But I have since been educated, and no less than (former Director of National Intelligence) James Clapper told me that the critical component in the 2016 elections was the Russians'” interference, 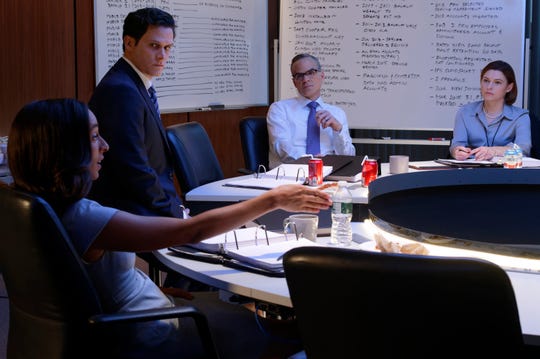 Ray sees Comey’s integrity as his greatest strength and his “terrible political instincts” his biggest weakness. Asked if Comey’s values led to hubris, he says, “He has a very strong moral rudder and doesn’t deviate from it. And I think there were times where he felt that moral rudder outweighed other political considerations.”

Daniels found Comey’s situation more complicated than he’d realized, and says the miniseries shows how the FBI director and his colleagues were “between a rock and a hard place.”

“In performing the role, I learned what he was up against when he made some of these controversial decisions. And it’s not as simple as I thought back in October 2016,” he says.

Although Gleeson has the Trump hair and 6-foot-3-inch Daniels wore two-inch lifts to approximate the 6-foot-8-inch Comey – “I could act the other three inches” – the actors tried to get deeper into the characters rather than doing imitations. 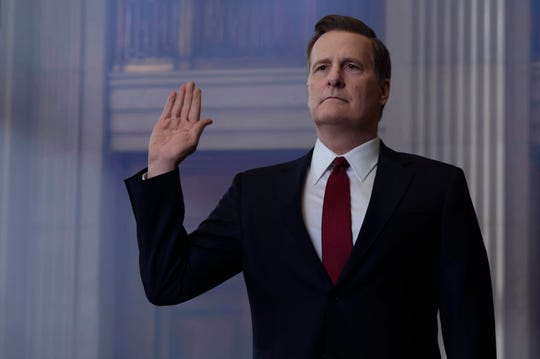 Although Showtime first scheduled the miniseries for December, Ray pushed for “Rule” to air before the Nov. 3 election, and the networkrelented.  He says he’s not telling anyone how to vote, but “there are Americans who do not yet understand how profoundly Russia impacted our election in 2016. If people carry that information into the voting booth in 2020, that would be a really healthy thing.”

Daniels, who hasn’t made a presidential endorsement, says “Rule” gives voters something to consider.

“We weren’t nearly as informed as we needed to be four years ago. I think we’re in a better place now. We’ve now had four years of Trump and what he’s going to do or not going to do,” he says. “We can make a smarter decision about what direction this country should go in.”

FAQs about the awards amid COVID-19

Dr. Meyers said he hoped his team would undertake such studies soon, and noted that a handful of clinical trials

New guidelines address rise in opioid use during pregnancy

Why False Positives Matter, Too

The Latest: New outbreak delays easing of rules in Melbourne

There’s Water Ice on the Moon, and in More Places Than NASA Once Thought

California’s ‘Bear Whisperer’ Is Out of a Job

My Colleagues Have Great Work-Life Balance (Thanks to Childless Me)

July Is the New January: More Companies Delay Return to the Office

Will Work for Room – The New York Times

Jamie Lynn Spears Confirmed There Are Plans To Bring Back “Zoey 101,” But Doesn’t Think It Should Be On Nickelodeon

CLOSE Norman Lear, left, and Jimmy Kimmel, seen during the May presentation of A…