From “Drag Race’s” cultural significance, to “House of Cards’s” shift to streaming, these five tv shows made an impact this decade.

“RuPaul’s Drag Race” is known for pushing the bedazzled envelope. Where else can you find 13 seasons of scintillating outfits, eyebrow-raising gossip and unapologetic self-love from drag queens? (The current one airs Fridays, 8 EST/PST on VH1).

But when it comes to representation, fans have long hoped for the series to do better, and pushed back against narrow-mindedness from host RuPaul Charles about who can compete on the show. One question has lingered for several seasons: Why aren’t there more transgender queens?

“It was the best feeling of my life hearing RuPaul say my name,” Gottmik, 24, also a make-up artist, tells USA TODAY. (She prefers female pronouns for an interview. 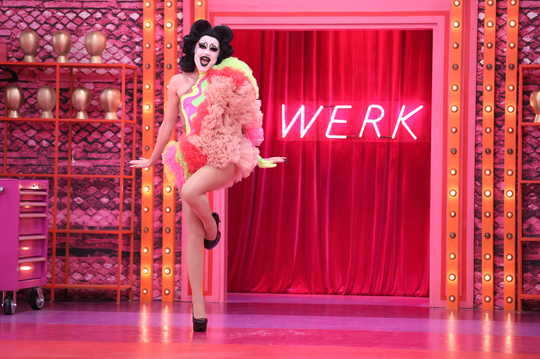 Michelle Visage, a longtime judge on the series, says “the inclusion of Gottmik is wonderful for trans men out there who might think that they don’t have a place on the show; they do.”

Gottmik has emotions about being a trailblazer. “One day I’m so excited. One day, I’m more just honored and shocked and I feel like this heavy responsibility, which makes me spiral into an, ‘Oh,I do have this responsibility, I need to say the perfect things and be this certain image of what I think a trans role model is,'” she says.

But then she takes a step back. “I always need to remind myself that I got here just by being me and doing the art that I know I’m good at, and that’s all I need to do is just show up and be me and continue killing it at my art,” she says.

Visage says everyone is welcome to audition. “Gottmik happened to do an incredible audition and I think it’s so incredibly important that (her) story be told,” the judge says.

“Drag Race” has starred a number of transgender queens in the past, including Monica Beverly Hillz and Peppermint.

“I could not have been the person I am and the performer I am without those people paving the way for me,” Gottmik says.

But RuPaul’s comments have irked the community, and the show has been criticized by fans and “Drag Race” alumni for its lack of consistent transgender inclusivity.

“Drag loses its sense of danger and its sense of irony once it’s not men doing it, because at its core it’s a social statement and a big (expletive)  to male-dominated culture,” RuPaul told The Guardian in 2018. “Peppermint didn’t get breast implants until after she left our show; she was identifying as a woman, but she hadn’t really transitioned.”

He later tweeted an apology, which has since been deleted: “Each morning I pray to set aside everything I THINK I know, so I may have an open mind and a new experience. I understand and regret the hurt I have caused. The trans community are heroes of our shared LGBTQ movement. You are my teachers.” “Drag Race” declined repeated requests for comment.

Gottmik defended Ru. “Every single person in the world is growing and learning every day, so why is (RuPaul) not allowed to as well?” Gottmik says. He is “an amazing, iconic drag performer who wants to keep pushing the boundaries like all of us. And so I’m just so honored that I can come in and help get the RuPaul blessing to show the world that drag is for everyone.” 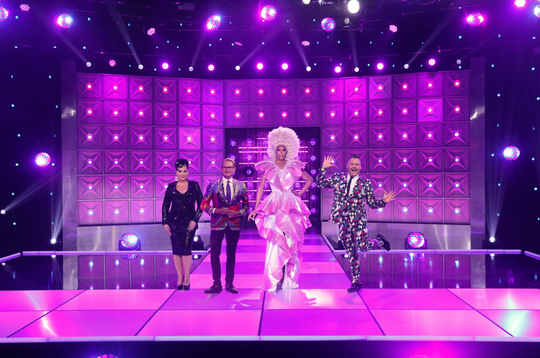 Visage says “all drag is valid.” Ultimately, it comes down to whether “the drag is good enough to be on the main stage of ‘RuPaul’s Drag Race’ And Gottmik’s drag is definitely good enough.”

One contestant can’t change the future of “Drag Race” inclusivity, nor erase harmful comments RuPaul has made in the past. But for a series that many in the LGBTQ community adore, this inclusive casting is encouraging.

In case you missed: Has pop culture finally caught up with RuPaul? Why ‘Drag Race’ is thriving, 10 seasons in

‘We have to try’: Drag goes to drive-ins, streaming shows in COVID-19 era

Jimmy Kimmel Started A Fire At The 2020 Emmys

Ovechkin and Three Other Capitals Out After Health and Safety Violation

21 Movies Starring Actors Before They Were Super Famous