While the days of gasping COVID-19 patients arriving nonstop at New York City’s Elmhurst hospital have subsided, the mental strain those days put on the frontline workers has not. (June 16)

During a Television Academy panel that began streaming Tuesday, executive producer Krista Vernoff said Dr. Meredith Grey (Ellen Pompeo) and her colleagues, who have treated all manner of emergencies over more than 350 episodes, will have to face the coronavirus and its medical and human consequences.

“We’re going to address this pandemic, for sure. There’s no way to be a long-running medical show and not do the medical story of our lifetimes,” she said. 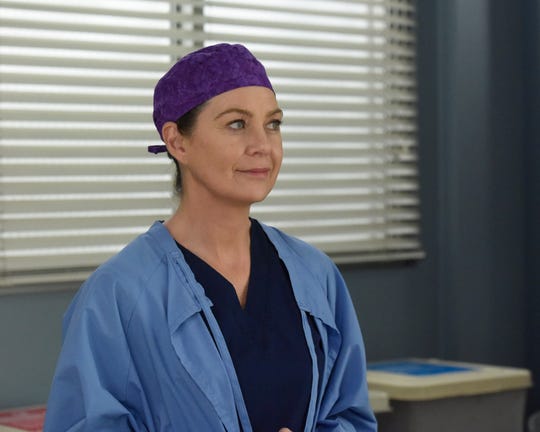 Dr. Meredith Grey (Ellen Pompeo) and her Seattle medical colleagues will have their hands full when ‘Grey’s Anatomy’ takes on the COVID-19 pandemic in Season 17. (Photo: Bonnie Osborne, ABC)

When any coronavirus-related episodes are produced or broadcast remains up in the air, however, due to that same pandemic, which has resulted in a shutdown of most Hollywood production for months. “Grey’s,” which donated gowns and gloves to healthcare workers in March, had to finish Season 16 early.

Vernoff was joined by actors Chandra Wilson (Dr. Miranda Bailey) and Kevin McKidd (Dr. Owen Hunt) for a pre-recorded virtual “Grey’s” panel that was part of “Quaranstreaming: Comfort TV That Keeps Us Going,” a Television Academy event that also features interviews with stars and producers of “The West Wing” and “The Sopranos.” Entertainment Weekly TV critic Kristen Baldwin moderated.

Although filming remains stalled indefinitely, writers are working on scripts for the new season, an annual ritual that that includes talking to medical personnel for potential story ideas. But this year’s experience has been much different, Vernoff said. 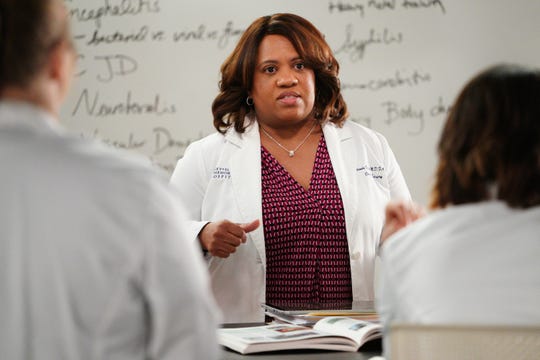 Chandra Wilson, who plays Dr. Miranda Bailey on ABC’s ‘Grey’s Anatomy,’ says she often hears from fans whose children have entered the medical profession after having been inspired by the long-running medical drama. (Photo: Christopher Willard, ABC)

“We have doctors come and tell us their stories. And usually that’s a joyful kind of laughing or they’re telling their worst or their funniest or their craziest stories. And this year, it has felt more like therapy,” she said.

“We’re the first people they’re talking to about these experiences they’re having. They are literally shaking and trying not to cry. They’re pale. And they’re talking about it as war that they were not trained for,” she said.

Although Vernoff did not reveal specific storylines, it’s clear the literal life-and-death decisions COVID-19 has forced upon real doctors will be reflected in the TV series.

“While we’re sitting at home trying not to get sick, they’re having to be family and friend to their patients because families and friends aren’t allowed in (the hospital),” she said. “They’re holding people while they die. They’re having to decide who lives and who dies. They’re having people die who would not have ever died from whatever their medical condition is because there’s COVID as a factor. It’s a lot.” 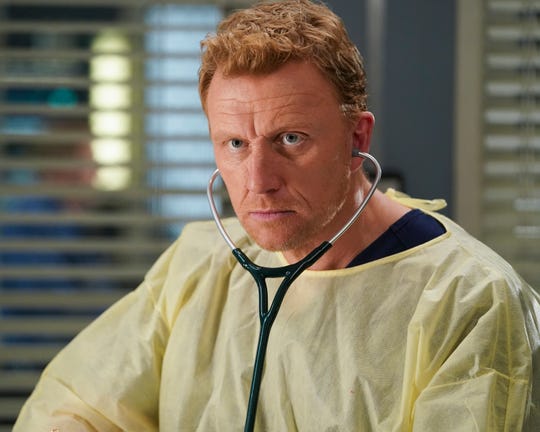 Dr. Owen Hunt (Kevin McKidd), who has experience as a trauma surgeon in wartime, will be better prepared than many of his medical colleagues when the COVID-19 pandemic becomes part of the ‘Grey’s Anatomy’ storyline in Season 17. (Photo: Gilles Mingasson, ABC)

Vernoff indicated that McKidd’s Owen, who was a U.S. Army trauma surgeon who served in Iraq, will have a significant role to play. “He’s actually trained for this in a way that most of the others aren’t.”

In another part of the interview, Wilson said many fans have told her how “Grey’s” inspired family members to go into the medical profession. Knowing how important the show is to many viewers is one reason it will take on the pandemic, Vernoff said.

“I feel like our show has an opportunity and a responsibility to tell some of those stories,” she said.

'Hawaii Five-0' finale recap: 'Aloha' to McGarrett and Danno, with nods to the past

LONG BEACH, Calif. — All California State University, Long Beach, students who live on campus have been placed in quarantine

Under 10 Percent of Americans Have Covid-19 Antibodies, Study Finds

The Latest: Concerns over coronavirus upticks in California

Stalled Talks Over Covid-19 Stimulus in the U.S. Show Signs of Life

The best products to get from the site for September 2020

These Maps Show How The US Lost Control Of The Pandemic

A different kind of Stephen King

The network went off the air for nearly nine minutes in honor of George Floyd. Y…