Kaley Cuoco chats with USA TODAY’s Bill Keveney about her HBO Max limited series “The Flight Attendant,” which she executive produces and stars in.

For Kaley Cuoco, HBO Max’s “The Flight Attendant” is 10,000 frequent-flyer miles away from CBS’ “The Big Bang Theory.” That was apparent during an intimate scene in the limited series involving her title character, Cassie Bowden, and a passenger-turned-lover (Michiel Huisman).

“Network 8 o’clock TV is a little different than HBO Max all hours of the night. I had scenes like that on ‘Big Bang,’ but this was like a true sex scene. I told Michiel, ‘I’ve never done this before. Have you done it before?’ He goes, ‘Yeah, like 30, 40 times.’ And I was like, ‘WHAT?’ ” Cuoco says during a Zoom interview from the airy suburban Los Angeles home she shares with her husband, equestrian Karl Cook.

To maintain decorum between bedroom takes, Cuoco contorted herself above Huisman, who played Daenerys Targaryen’s lover in “Game of Thrones.”

“So when they called action, I still wasn’t really giving my all,” she says. “Michiel finally goes, ‘It looks like you’re hovering over a public toilet. What are you doing?’ I’m like, ‘I don’t know what I’m doing.’ So he had to awkwardly teach me how to have fake sex.” 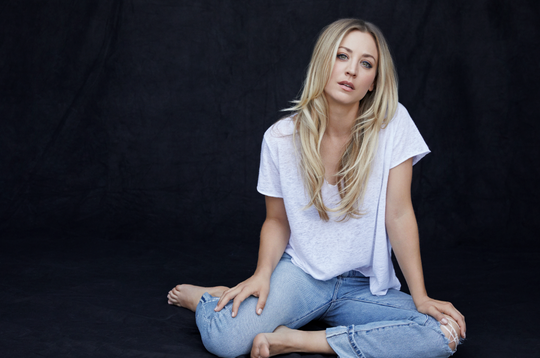 It should be obvious we’re not in Leonard and Sheldon’s apartment anymore. That’s OK with Cuoco, 34, who takes a huge post-“Big Bang” leap as central star and executive producer of the eight-episode, darkly comedic thriller (the first three episodes stream Thanksgiving Day) based on Chris Bohjalian’s 2018 novel of the same name.

Although her “Big Bang” character Penny and free-spirited Cassie share traits (“They both love to party”), the flight attendant has more troubling issues: a serious alcohol problem and disturbing childhood memories. And, oh, yeah, a bloody corpse in her bed.

“This is definitely my coming-out party in the sense of showing everyone I can do something other than comedy. It gets quite dark, quite emotional,” she says. “This is my way of pushing the door down and going, ‘I can do more and I love doing more.’ “

She doesn’t worry about the enormous shadow cast by Chuck Lorre-produced “Big Bang,” a cultural touchstone and ratings blockbuster that ended its 12-season run last year.

” ‘Big Bang’ is so its own planet, own dimension, own lane. It takes the pressure off because I can never compare anything to that,” Cuoco says, acknowledging how “special” the show is to her.

Steven Molaro, executive producer of “Big Bang” and spinoff “Young Sheldon,” watched the first two episodes of “Flight Attendant” and was “blown away” by Cuoco’s transition. 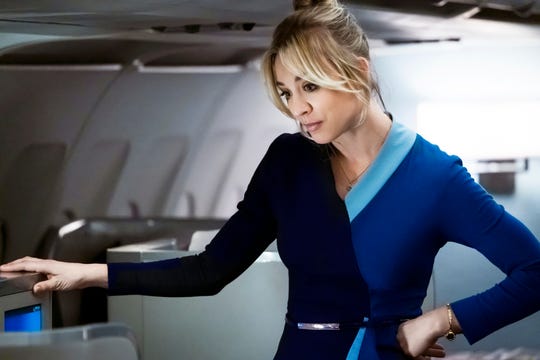 “It doesn’t feel like you’re watching Penny. She’s a different person,” he says, recalling a “Big Bang” scene where her unscripted tears added poignancy. “Between making incredible choices as an actor and being in the moment at the same time, I’ve never seen anything quite like it.”

Nevertheless, fans can’t always separate an actor from a career-making role. California native Cuoco considers that with wisdom developed in a long career that includes her first movie credit at age 6; playing childhood versions of Claire Danes’ and Ellen DeGeneres’ characters in their ’90s TV series; working with John Ritter on “8 Simple Rules” as a teen; and joining the final season of “Charmed” a year before her “Big Bang” debut at 21.

“I know that for every person that loves you, there’s like 20 that don’t. So, I’m very aware of that and I’m ready,” she says.

Cuoco started preparing for her future when “Big Bang” was still going strong, creating Yes, Norman Productions (named for her 14-year-old rescue pit bull mix, one of her seven dogs) in 2017 and acquiring the rights to “Flight Attendant.”

Cassie’s enjoyment of alcohol first plays comically but signals darker underlying issues. (The character chugs airline-size bottles of vodka as if they were water – which, fortunately for Cuoco, they were. She drank so many during the shoot, “I was constantly running to pee.”)

A romantic romp through Bangkok turns nightmare when a drunk Cassie blacks out and awakens next to Alex’s bloody corpse. That propels her on a roller coaster ride of mistakes and brave but foolhardy risks to avoid arrest, remember what happened and not get killed in the process.

As her life unravels, Cassie relies on fellow flight attendant Megan (Rosie Perez) and attorney Annie (Zosia Mamet), friends who have their own secrets.

Cuoco, who describes her acting approach as “fly by the seat of my pants,” asked director Susanna Fogel if she should ditch her “wing it” style and prepare more studiously to play a character dealing with trauma.

Flight attendants Shane (Griffin Matthews), left, and Megan (Rosie Perez) suspect their colleague Cassie (Kaley Cuoco) was out with one of their passengers in the hours before he was found dead in his hotel the next day in HBO Max’s “The Flight Attendant.” (Photo: Phil Caruso, HBO Max)

“And she said, ‘Do not change one thing that has gotten you to this point,’ ” Cuoco remembers. “I almost cried. It was so freeing.”

Cuoco has the skills for the complex role and a personality that lets viewers know they’re “in good hands” as she tries something new, says “Flight Attendant” executive producer Steve Yockey, who has story ideas that go beyond the book if the show gets a second season. “She has this effervescence and charm and is very open. But at the same time, she’s shrewd in her decision-making. And she isn’t afraid to take chances.”

Besides “Flight Attendant,” Cuoco voices the ribald title character of HBO Max’s animated “Harley Quinn,” now heading toward Season 3, and she will produce and star in “America’s Sweetheart,” a half-hour comedy being developed for Apple TV+. 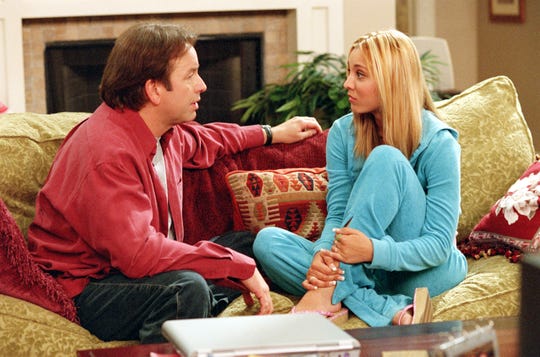 Cuoco, who mentions Jennifer Aniston, Reese Witherspoon and Regina King as acting/producing role models, squeezed in a movie, “The Man from Toronto,” after “Flight Attendant” wrapped this fall.

When the COVID-19 pandemic shut down “Flight Attendant” filming in March, stalling “workaholic” Cuoco for five months, it provided a personal benefit: She and Cook, whom she met nearly five years ago at a horse show and married in 2018, finally moved in together. 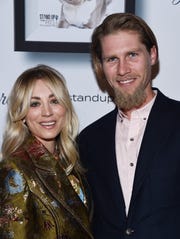 Kaley Cuoco and her husband, equestrian Karl Cook, moved into their new home together when the pandemic shut down production of HBO Max’s “The Flight Attendant” in March. (Photo: Amanda Edwards, Getty Images)

“We bought our dream house a while ago and just with our work schedules – he’s traveling with the horses – we couldn’t move in,” says Cuoco, who has discussed living apart from her husband after more than a year of marriage in past interviews. “With the pandemic, we got to nest and do that whole thing. So it was actually a gift to both of us.”

With “Flight Attendant” and “Toronto” completed, Cuoco is home again with plans for more horseback riding, which “keeps me very sane and normal,” especially during the pandemic.

Some day, Cuoco envisions making a full go of ranch life with Cook.

“A big part of our relationship is the bond we have with our horses, that lifestyle that we really love. I could see us living in, like, Kentucky or somewhere where we could have a big ranch,” she says. “That would be a dream.”

With All Eyes on Covid-19, Drug-Resistant Infections Crept In

“We saw a blooming in Candida auris,” said Dr. Rubin, who attributed the change to a handful of factors, notably

Biden says he’s ‘bringing back the pros’ for virus briefings

An Organ Recital, With a Coronavirus Shot

How Economics Lost Itself in Data

I Am Genuinely Curious If You Have Any Idea, At All, Who These 31 Historical Figures Are

With All Eyes on Covid-19, Drug-Resistant Infections Crept In

They Found a Way to Limit Big Tech’s Power: Using the Design of Bitcoin

What $2 Million Buys You in California

“What kind of monster makes me choose between these?!” —Millennials …